Ever wondered why cooking your food on the BBQ tastes so much better than in the oven? In addition to the smoky and nutty flavour a barbeque provides, there is a chemical response known as the Maillard reaction, which happens when the high heat from the grill breaks down the food’s proteins into amino acids, which then react with the sugars that are present in the food thus leaving a delicious caramelized crust. This reaction happens when food is cooked at high temperatures, and brings out much stronger flavours than if you were to boil, pan fry or oven bake your food.

Here are some tips to help you get the best out of the BBQ season! 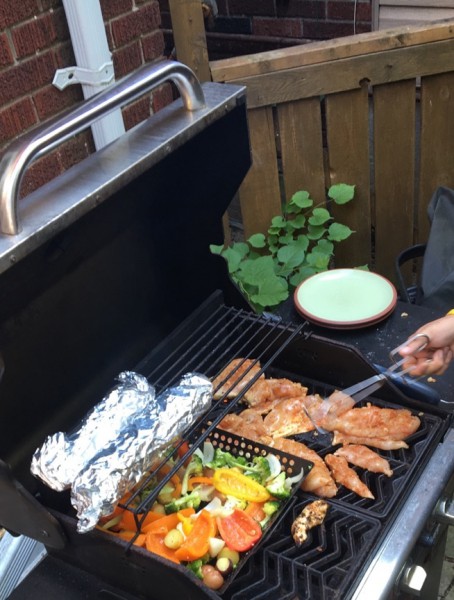 Grill meat at room temperature: Grilling meat straight from the refrigerator is a common mistake that often causes overcooked meat. The biggest struggle with cooking on the BBQ is to get the heat from the outside into the middle without burning the surface. By bringing your meat to room temperature, the heat can make it to the middle without burning the outside, resulting in a more tender meat!

Preheat your grill: By heating up your BBQ before placing your food on, you can achieve that lovely BBQ crust and flavour while also killing off any leftover bacteria! A properly heated and clean grill sears foods on contact, keeps the insides moist and helps prevent sticking.

Don’t use cuts of meat that are too thick: Another way to prevent an overcooked piece of meat, is to cook meat that is only ½ an inch thick. You can even thin out thicker pieces with a meat tenderizer which will increase surface area for even more BBQ flavour!

Don’t touch the meat too much: it takes time to develop that caramelized BBQ crust people love so much, and this won’t happen if you’re constantly flipping and turning the food around. Meat should only be flipped once or twice during the grilling process. Another important thing to note is not to squeeze down on the meat, because this forces juices to run out and leave the meat dry.

Drain excess marinade from meat before grilling: too much fat on the grill can cause burning, which is why it is important to drain it off and add sauce to the finished product.

Let your meat rest after grilling: meat that is eaten directly off of the grill often has juices running out everywhere, whereas a rested piece of meat is juicy on the inside, without the mess of juices all over the plate. This is due to the muscle fibres in the meat needing time to relax and take back the juices after the intensity of the heat. All you need is 10 minutes and then you can dig in!

Use a grill basket: Foods like fruit, veggies, fish, tofu, etc. that may fall through the grill rack or are hard to turn over can easily be tossed in a grill basket.

Use these tips and tricks and people will be raving about your food until next summer. As BBQ season is coming to an end, I hope you can try them out and enjoy the last bit of Summer with your friends and family!
Don’t forget to follow us on Twitter @kidcochildcare and on Instagram @cheflisaruscica!