What makes a parent?

Yes, I’m talking about the BBC documentary series. If you haven’t seen it, check it out – it’s astounding and brilliant and educational all at the same time, and is the basis for many a parody about human behaviour.

One particular scene shows a female North Pacific giant octopus finding a quiet den to lay up to a hundred thousand eggs. The very charming British narrator announces that she must find a good home, for it will be her last. How ominous.

So there she sits keeping her eggs safe for six months, brushing the sacs regularly to avoid algae from building up and allowing oxygen to move through. For those six months, she slowly starves. At last, in a final act of heroic parenting, she streams water at the eggs encouraging them to break open and fill the waters with tiny, full-formed octopi. And then she dies. She literally dies for her offspring. A bit showy if you ask me, but impressive nonetheless.

Our sacrifice for the majority of human parents is slightly – but sometimes only slightly – less dramatic. I’ve managed to remain (impressively or concerningly) selfish in my pursuits of happiness, satisfaction, health and wealth. But my life has shifted in a dramatic way where my decisions are based first on my children, second on me. I mean, I’m also in the throes of life-sucking dependency with children aged three and one, but I think most parents with children of any age would agree having them drops you down on the ol’ totem pole of priorities. 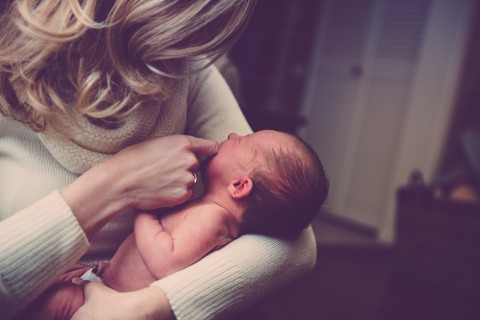 So what then makes a parent? Love, care, guidance, nurturing. A lot of patience and dedication and the instinct to protect and provide. The ability to carry on and keep protecting and providing when you’re on 47 minutes of sleep and your world is filled with the soul-crushing sounds of eternally hungry toddlers crying and three year olds screaming about the illogical things that three year olds scream about (or whatever particular family challenges you may face). Side note: today’s illogical breakdown was because Porter did not agree going to preschool meant wearing pants.

And who can be a parent? Whoever wants to subject themselves to that kind of horror (I mean that kind of rewarding challenge) with the hopes they will be contributing to the ongoing growth of our species. But basically anyone can be a parent – we come in all types, shapes and sizes.

A parent can be a mother and father with biological young, like the Gentoo penguins of Antarctica. It can be the adoptive parent, not unlike the African bullfrog who is appointed as guardian to protect all the eggs in the pond as they progress to tadpoles and beyond (yes, sometimes he eats a couple of the tadpoles but I’m choosing to disregard that for my cute analogy). A parent can be the homosexual couple, like the black swan males who care for the eggs and young of nearby nests together in pairs. It could be a grandparent, such as the matriarch elephant who runs the multi-generational family. A parent could be a single, devoted parent – just like our showy but valiant North Pacific giant octopus mom.

A parent can be anyone who is involved in the raising of the next generation, and that can look pretty different for us all. There is beauty in the diversity of family structures and significance in our shared animal instinct for parents to love, protect, guide and nurture. 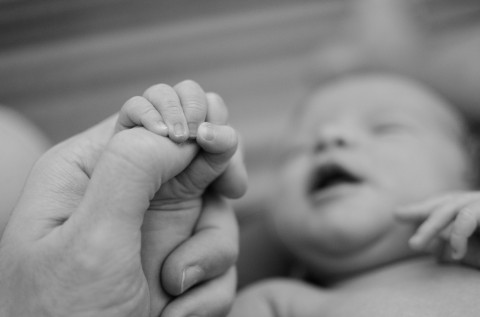 Melissa lives in Calgary and is the Community Marketing Manager for Kids & Company in Alberta and BC. Her vision of what she would be like as a mom was shattered three years ago when she discovered nothing ever goes as planned for parents, but laughter and community sees you through. You can reach her at msawatzky@kidsandcompany.com.

Creating “Yes Spaces” for Children
A Not So Scary, But Helpful, Halloween Story
Tidy Up Time: The Importance of Cleaning Up Their Own Mess