Fork Facts:
The word “Tex-Mex” first entered the English language as a nickname for the Texas Mexican Railway, chartered in southern Texas in 1875. In train schedules published in the newspapers of the 19th century the names of railroads were abbreviated…alias “Tex-Mex”.

Palate Profile:
Tex-Mex (from Texas and Mexico) is a fusion of Mexican and American cuisines, deriving from the culinary creations of Tejanos. The Tejano culture is a combination of Texans of Spanish or Mexican heritage who lived in Texas before it became a republic, and also Mexican immigrants from Northern Mexico. Tex-Mex cuisine is characterized by its heavy use of shredded cheese, meat (particularly beef and pork), beans, peppers and spices wrapped in a tortilla. Dishes such as Texas-style chili con carne, nachos, tacos and fajitas are all Tex-Mex inventions. 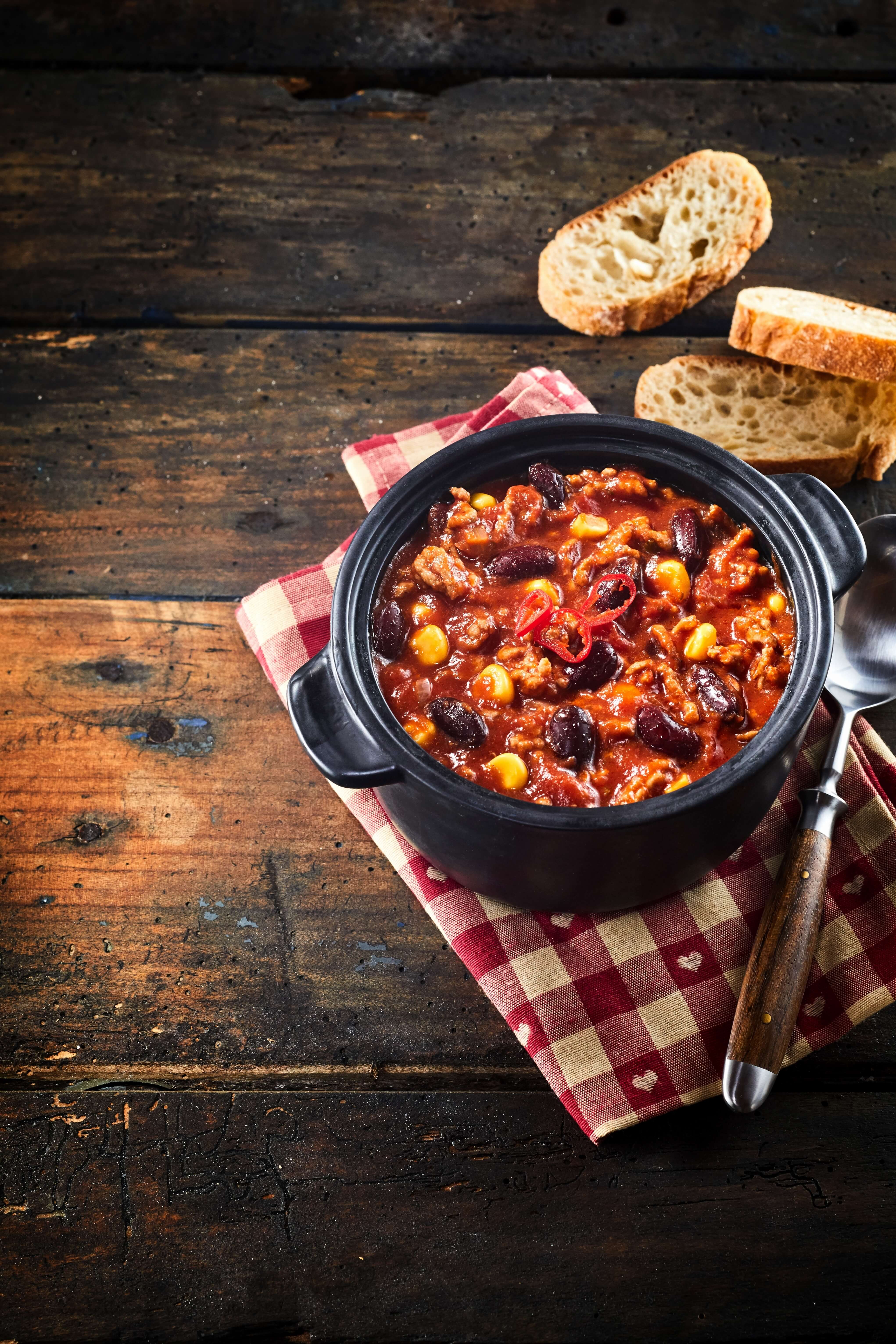 1. Make sure to wash your hands before you begin.

4. Mix all spices together in a small bowl.

5. Heat oil over medium heat in a pan. Cook onion and garlic until translucent.

7. Pour mixture into prepared casserole dish and smooth out the top. Sprinkle the remaining shredded cheese on top.

››Tex-Mex has imported flavours from other spicy cuisines, such as the use of cumin.

››Turn up the heat with some good old-fashioned chipotle which gives the dish a smoky, spicy kick!